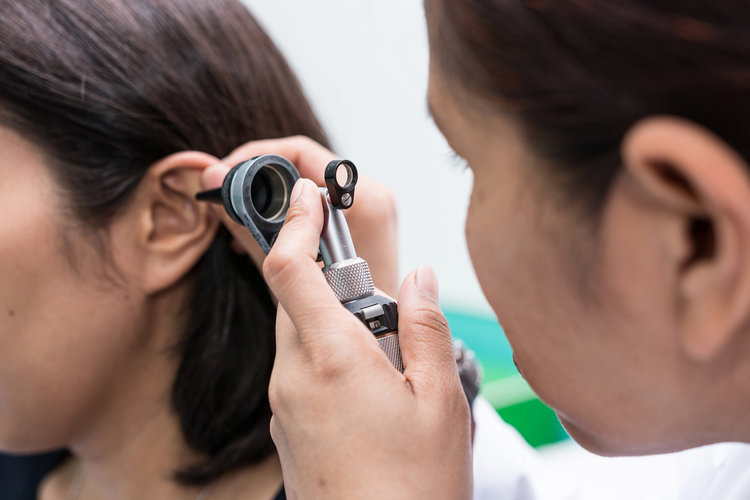 Normally, the acoustic reflex occurs at relatively high intensities; contraction of middle ear muscles for quieter sounds can indicate ear dysfunction. Physically, the pathway involved in the acoustic reflex is very complex and involve the Ossicular chain, which includes the small bones of the middle ear – malleus, incus and stapes. The reflex also includes the cochlea, auditory nerves, brain stem and facial nerves. This limited protective reflex guards against excessive stimulation, especially that of the lower frequencies and has been demonstrated both in man and animals.

Individuals with normal hearing have an acoustic reflex threshold (ART) around 70-100 dB SPL. People with CONDUCTIVE HEARING LOSS or bad transmission in the middle ear, have a higher acoustic reflex threshold. During the test, there will be a contraction of the stapedius muscle bilaterally in normal ears, no matter which ear was exposed to the loud sound stimulation.